Posted on August 29, 2012 by bashakillbirder

Two of three young Gallinules at the south end of Bashakill 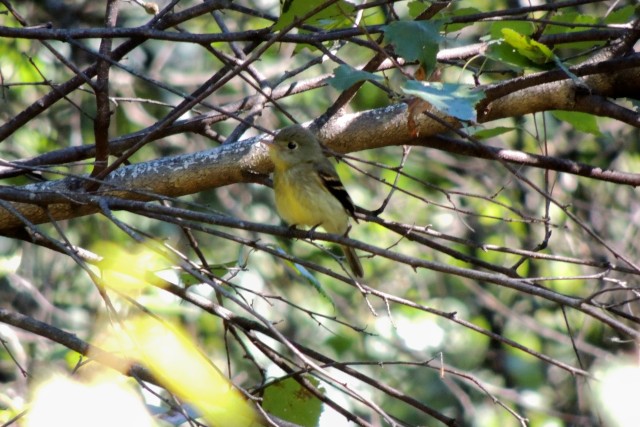 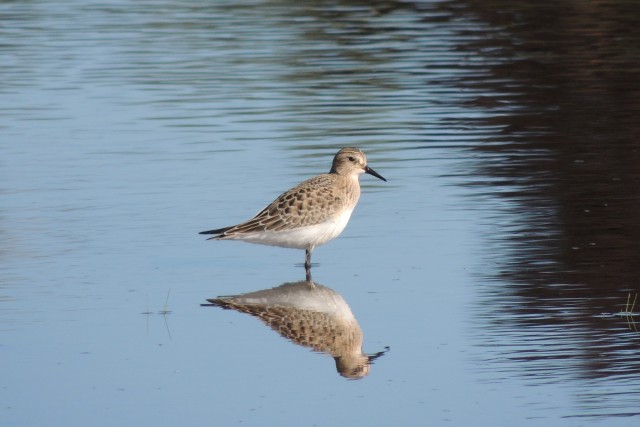 Finally some northwest winds came through last night. While lower (6mph) than predicted, they did their thing. Lance Verderame and Scott Baldinger each had good mixed species flocks of passerines at the Bashakill early this morning. I on the other hand had headed up county to try for shore birds. At first I didn’t find much. A few common birds at the Apollo and almost no shore birds at Morningside. As I surveyed the islands by kayak, it became apparent why there were almost no shore birds. An FOS MERLIN flew in and perched, taking off after anything that moved, putting up the few birds that were present. It is likely that the bird had been there a while, eliminating much chance of my success with shore birds. As I headed back down county to try for passerines, I decided to check the Apollo one more time. Returning has been productive in the past, and today proved the same. I immediately found an FOS BAIRD’S SANDPIPER! I made some calls, and Scott Baldinger and Arlene Borko were both able to come see it. It was quite confiding, as I usually find these birds are. It is a hatch year bird in beautiful plumage. Once we left there, Scott and I headed to the Nature Trail at the Bashakill to try to find the flock of passerines. I missed a number of the birds he had seen this morning, but we added a few good ones as well. The hightlight was an FOS YELLOW-BELLIED FLYCATCHER. This bird was quite cooperative as well, giving great views. Common Yellowthroat, American Redstart, Cerulean Warbler (hatch year bird), Blackburnian, Magnolia, and Black-throated Green Warblers were all seen. Three species of Vireo and many regularly expected species. After we finished at the Nature Trail, I went to the south end where I viewed three Common Gallinule young. I then went to the Main Boat Launch where I found 9 Great Egrets and 5 Great Blue Herons. I ended the morning with 50 species.